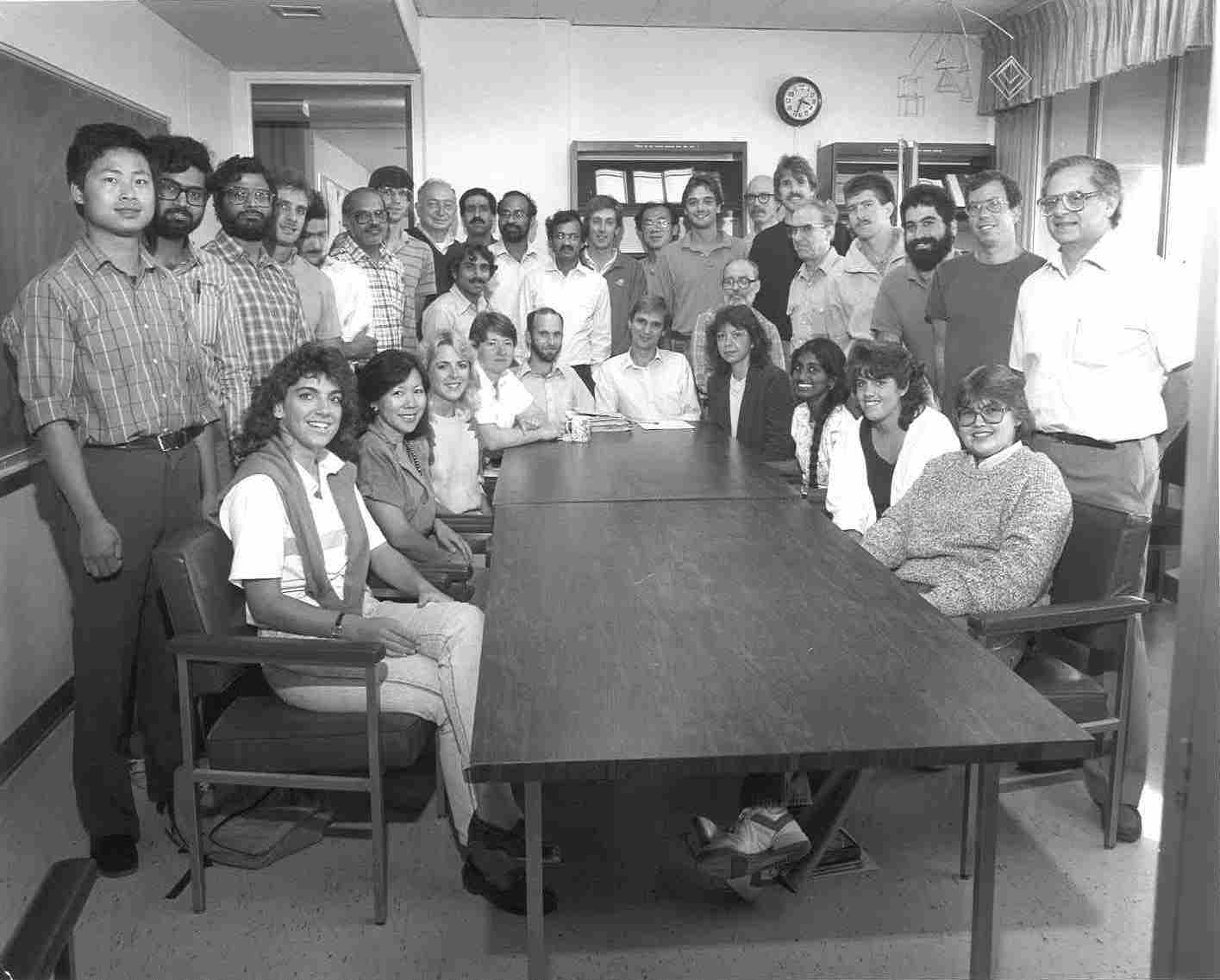 In July 1985, with strong support from the Department of Mathematics, the University of California Santa Barbara (UCSB) launched the Statistics and Applied Probability Program. This program was intended to coordinate the teaching of statistics on the UCSB campus, and develop the research activities in probability and statistics initiated by Dr. Jammalamadaka, Dr. Robertson, and Dr. Sobel within the Department of Mathematics during the previous decade. The Statistics and Applied Probability Program launched with three available programs of study: the MA in Statistics, the MA in Statistics (Applied Statistics Track), and the PhD in Mathematics (Statistics Track).

The program got off to a good start with a faculty of ten, and thirty-two graduate students. The main policies of the Program, which were implemented throughout the 1985/86 academic year, centered on:

The Program continued to grow each year and was formally recognized as an independent Department of Statistics and Applied Probability in the Fall of 1989 with Dr. Joseph Gani appointed as the first Chair. At this time, the department had 8 full-time ladder faculty and 35 graduate students. 1989 also saw the creation of the BA/BS in Statistical Science, introduced on July 1, 1989, and a PhD program in Statistics and Applied Probability, distinct from the prior existing PhD degree in Mathematics (Statistics Track).

The Department saw ongoing changes over the years which defined the direction of its development with foundational improvements for significantly better undergraduate instruction, student recruitment, and specialized graduate programs of great interest and promise for professional realization. The official PhD Emphasis in Mathematical Finance was introduced in 1996-97 in a continuing effort to modernize the graduate program. In the year 2000, two more PhD emphases were introduced: (1) Mathematical and Empirical Finance and (2) Quantitative Methods in the Social Sciences. Although the emphasis in Mathematical and Empirical Finance was later dropped, the emphasis in Quantitative Methods in the Social Sciences has remained a part of the program since then as a testimony to the Department's commitment for interdepartmental and interdisciplinary research efforts. This commitment was further solidified with the addition of the PhD emphasis in bioengineering, introduced in Fall 2013.

The year 2000 also saw the first Career Day in Statistics, organized to help students with career placement after successful completion of their program. Since then, department has continued to develop career-oriented resources to help students. In 2011, the department launched the first UCSB Annual Actuarial Career Fair, which helps bring actuarial companies into contact with our students. The department has also added similarly career-oriented events including UCSB Annual Actuary Day, held each year in the Spring to raise awareness of actuarial profession on campus through presentations by practicing actuaries, including our own alumni. In July 2014, UCSB hosted the 49th Actuarial Research Conference, which attracted over 160 participants world-wide; In April 2015, UCSB hosted the first California Actuarial Student Conference, attracting students from campuses located throughout the state. These career-oriented events exemplify the Department's growth in its initial goals to include a commitment to the actual placement of students as working professionals in the field upon graduation.

In 2001, the joint undergraduate program in Financial Mathematics and Statistics was created with the assistance of the Departments of Mathematics and Economics, which was approved in 2004 when it opened its doors to students that Winter quarter.

In 2005 the Center for Research in Financial Mathematics and Statistics was established to provide a new environment which would merge the academic and financial communities. Directed by Dr. Jean Pierre Fouque, the Center was created to bring together faculty, students, and visitors affiliated with the Department s of Statistics and Applied Probability, Economics, Mathematics, Computer Science and others on the UCSB campus to facilitate interdepartmental coordination in mathematical modeling, statistical data analysis, and efficient computational methods specific to financial data. Now called the Center for Financial Mathematics and Actuarial Research, the center plays a major role in promoting financial mathematics, actuarial science, and related fields.

The formal Actuarial Science Program was introduced in Fall 2010, distinct from the prior BS in Statistical Science (Actuarial Statistics Concentration) which had been a growing part of the department for the last several decades. In Winter of 2013, UCSB became the first university in the state of California to offer a graduate degree in Actuarial Science when it introduced the combined BS/MS program in Actuarial Science; this model five-year program integrates traditional actuarial courses with financial mathematics and computational statistics. In January of 2015, UCSB was the sixteenth university in the Unites States, and the only center in the western half, to be designated as a Center of Actuarial Excellence by the Society of Actuaries.

Although the department has been struggling with budget cuts since 2009, PSTAT has exploded in popularity in recent years. Our humble beginnings saw a slow but steady increase over our first 15-year period, with only 32 total students in 1989 increasing to 35 graduate students and 55 undergraduate students in 2000. The second 15-year period however has seen a staggering increase in numbers, with 90 graduate students and over 1,000 undergraduate students in 2016. Such increases in numbers have been attributed to our unique programs, the growing reputation of UCSB, and the changing reputation of the professions of statistician, actuary, and financial analyst; career professions attributed with our programs such as statistician or actuary have been repeatedly named as the first- or second-best choice of profession since the financial crisis of 2008.