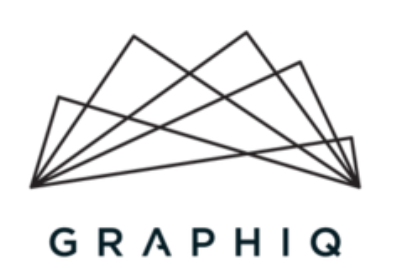 Just How Doomed Is Causal Inference for Social Networks, Exactly?

People near each other in a social network tend to act similarly; you can predict what one of them will do from seeing what their neighbors do.  Is this because they are influenced by their neighbors' actions, or because social ties tend to form between people who are already similar, and so act alike, or some of both?  We show that observational data generally can't answer this question, unless accompanied by very strong assumptions, like measuring everything that leads people to form social ties.  Most observational studies thus provide no evidence at all about the existence or strength of social influence.  There are, however, some situations where the global configuration of the social network can tell us enough about its individual nodes to get around this. 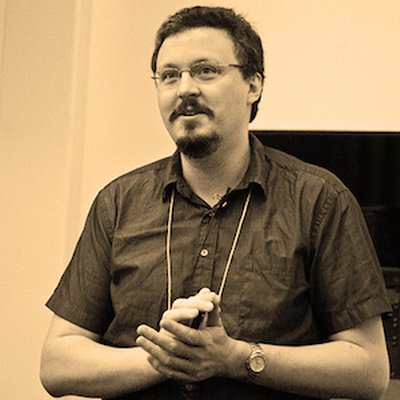 Cosma Shalizi is an associate professor in the departments of statistics and of machine learning at Carnegie Mellon University.  He has a Ph.D. in physics from the University of Wisconsin-Madison, and was a post-doc at the University of Michigan and the Santa Fe Institute, where he is now on the external faculty.  He still blogs sporadically at http://bactra.org/weblog/.

Deep learning has enabled significant progress in computer perception, natural language understanding and control. But almost all these successes largely rely on supervised learning, where the machine is required to predict human-provided annotations, or model-free reinforcement learning, where the machine learn actions to maximize rewards. Supervised learning requires a large number of labeled samples, making it practical only for certain tasks. Reinforcement learning requires a very large number of interactions with the environment (and many failures) to learn even simple tasks. In contrast, animals and humans seem to learn vast amounts of task-independent knowledge about how the world works through mere observation and occasional interactions. Learning new tasks or skills require very few samples or interactions with the world: we learn to drive and fly planes in about 30 hours of practice with no fatal failures. What learning paradigm do humans and animal use to learn so efficiently? I will propose the hypothesis that self-supervised learning of predictive world models is an essential missing ingredient of current approaches to AI. With such models, one can predict outcomes and plan courses of actions. Good predictive models may be the basis of intuition, reasoning and "common sense", allowing us to fill in missing information: predicting the future from the past and present, or inferring the state of the world from noisy percepts. One could argue that prediction is the essence of intelligence. After a brief presentation of the state of the art in deep learning, some promising principles and methods for self-supervised learning will be discussed. 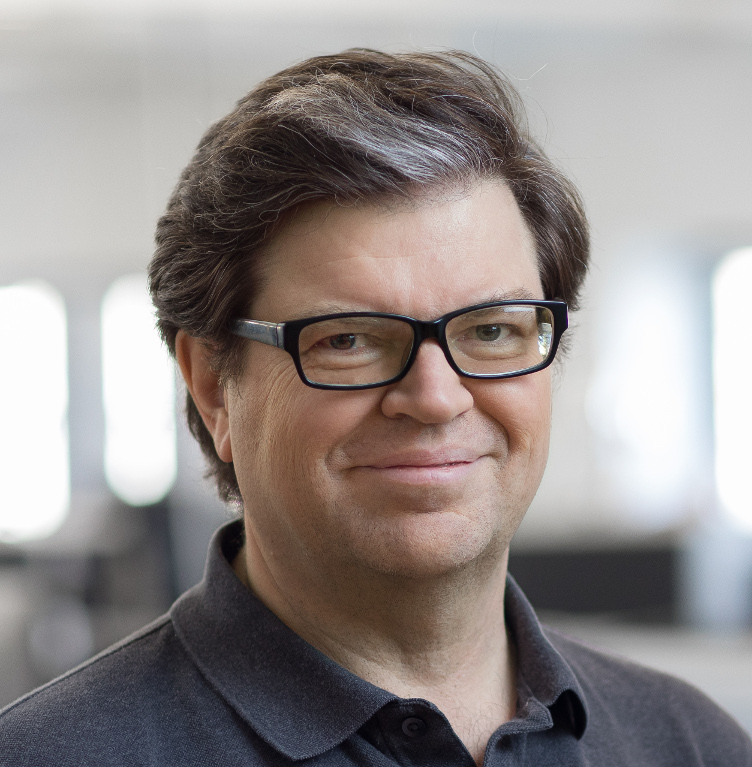 Yann LeCun is VP and Chief AI Scientist at Facebook and Silver Professor at NYU affiliated with the Courant Institute and the Center for Data Science. He was the founding Director of Facebook AI Research and of the NYU Center for Data Science. He received a PhD in Computer Science from Université P&M Curie (Paris). After a postdoc at the University of Toronto, he joined AT&T Bell Labs, and became head of Image Processing Research at AT&T Labs in 1996. He joined NYU in 2003 and Facebook in 2013. His current interests include AI, machine learning, computer vision, mobile robotics, and computational neuroscience. He is a member of the National Academy of Engineering. .

Real-world Challenges of using AI in the Enterprise

Recent advances in the field of AI has been exciting, and the resultant hype has been great. However, most enterprises have yet to substantively harness their data to positively affect their bottom lines. In this talk, we discuss some of the underlying technological and cultural reasons as well as approaches for success. From a technological perspective, there is a multitude of legacy systems with different formats and data models that must be merged. We discuss some approaches for managing this landscape using ad-hoc query methods. In addition, while technological and analytical challenges abound, having a high degree of cultural sensitivity, empathy for the end-user, and design-orientation are key to success. We discuss a few high profile examples of technologically advanced AI products that have failed to gain traction. 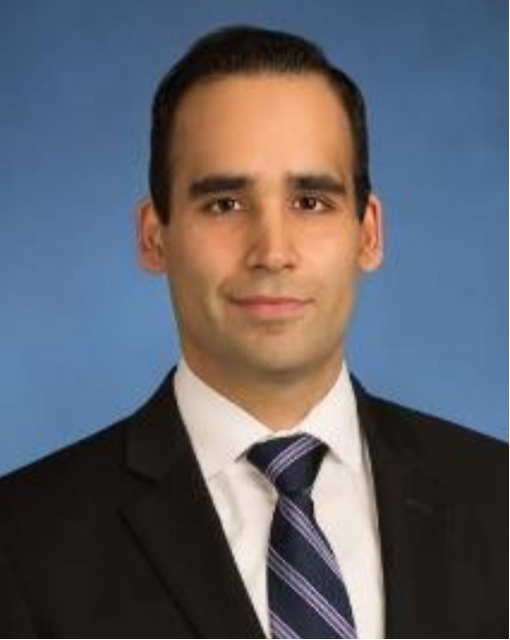 Machine learning amounts to find low-dimensional models governing the properties of high dimensional functionals. This could almost be called physics. Algorithms have considerably improved in the last 10 years through the processing of massive amounts of data. In particular, deep neural network have spectacular applications, to image classification, medical, industrial and physical data analysis.

We show that the approximation capabilities of deep convolution networks come from their ability to compute invariant at different scales over possibly high-dimensional groups including diffeomorphisms. We shall study the mathematical properties of simplified deep convolutional networks computed with wavelet. We give applications to regression of molecular energies in quantum chemistry. We shall also introduce low-dimensional non-Gaussian intermittent models for statistical physics, with applications to Ising and high Reynold turbulences through cosmological data. 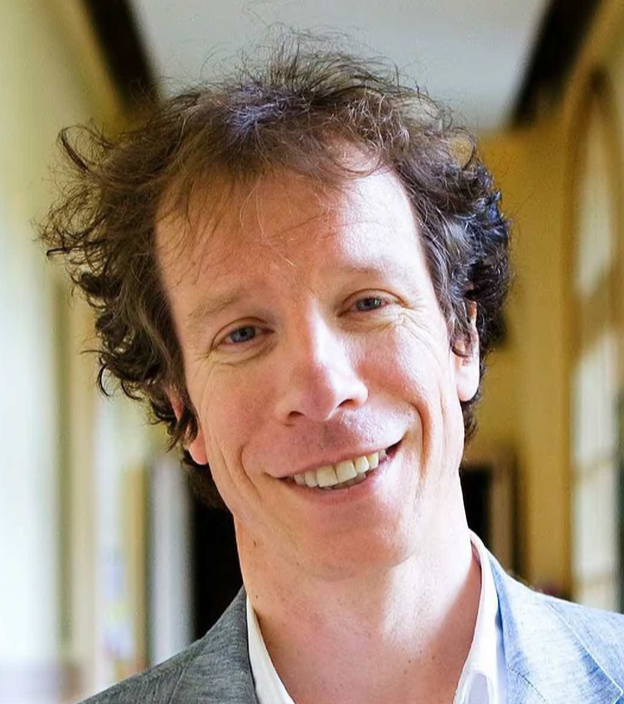 Stephane Mallat was a Professor at the Courant Institute of Mathematical Sciences, Ecole Polytechnique, Paris before joining the Computer Science department at Ecole Normale Superieure, in Paris in 2012. He received the Outstanding Achievement Award from the SPIE Society and was a plenary lecturer at the 1998 International Congress of Mathematicians. He also received the 2004 European IST Grand prize, the 2004 INIST-CNRS prize for most cited French researcher in engineering and computer science, the 2007 EADS grand prize of the French Academy of Sciences, the 2013 Innovation medal of the CNRS, and the 2015 IEEE Signal Processing best sustaining paper award.

Traditionally, software is built by programmers who consider the possible situations and write rules to deal with them. But recently, many applications have been created by machine learning: the programmer is replaced by a trainer, who shows the computer examples until it learns to complete the task. This shift in the way software is built is opening up exciting new possibilities and posing new challenges. 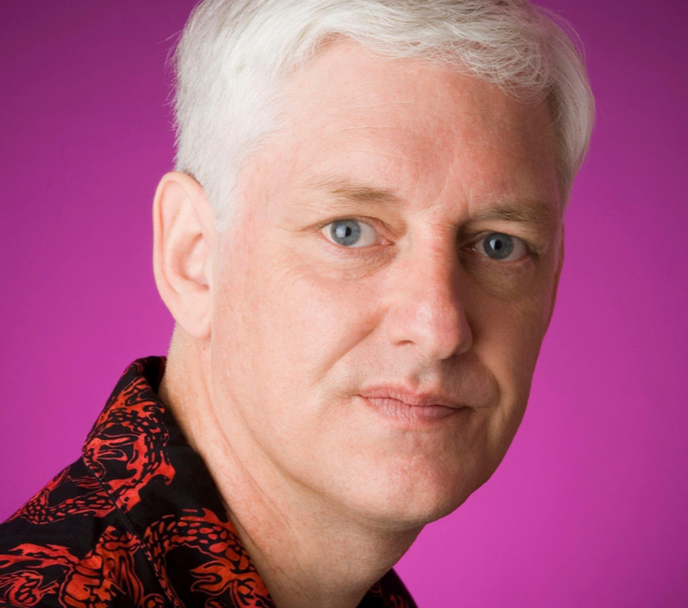 Peter Norvig is a Director of Research at Google; previously he directed Google's core search algorithms group. He is co-author of Artificial Intelligence: A Modern Approach, the leading textbook in the field, and co-teacher of an Artificial Intelligence class that signed up 160,000 students, helping to kick off the current round of massive open online classes. He is a Fellow of AAAI, ACM, the California Academy of Science and the American Academy of Arts & Sciences.